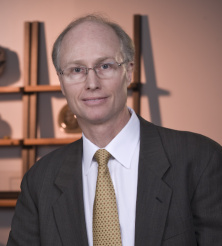 John H. Reaves received his law degree from Santa Clara University School of Law in 1983, where he was a member of the law review. He was admitted to practice in California the same year. He has practiced 31 years, primarily in business, property, insurance, and environmental disputes, litigation, and appeals.

In 1988, he, with the assistance of former Senator Gordon Cologne (who co-sponsored the Porter-Cologne Water Act, which established the regulatory framework under which the regional and state water boards were created), successfully amended the California Health & Safety Code regarding above-ground tanks on behalf of a large circuit board manufacturer client, Industrial Circuits.

Mr. Reaves has also emphasized insurance coverage litigation since 1986 on behalf of policyholders. In the mid-1990s, he litigated environmental coverage claims on behalf of E-Z Serve, a gasoline marketing retailer, against approximately 12 insurers, concerning nearly one hundred contaminated sites in three states. After extensive litigation, he recovered over $10,000,000. Another example includes a case against Fire Insurance Exchange on behalf of California Federal Bank for post-foreclosure mortgagee losses.

He has lectured frequently on environmental and insurance matters. Mr. Reaves co-chaired the Environmental Law/Land Use Section of the San Diego County Bar Association from 1986 to 2001, 2003-2005.

Mr. Reaves also provides advocacy services to advance long-term environmental benefits, clean tech, and job creation and has acted as Director of Policy for the U.S. Green Chamber of Commerce. He is a Founding Director of the San Diego Area Chapter, U.S. Green Chamber of Commerce, started in 2015. He has been active in the environmental community as a writer, speaker, and leader.

Mr. Reaves was selected by the County of San Diego to serve on the Technical Advisory Committee to help the County develop its Comprehensive Renewable Energy Plan in 2014.